Skip to content
Since 2000 Cristian Cismaru and Jochen Cotaru, the founders of the Transylvanian Brunch have been unearthing old, nearly forgotten recipes in countless Transylvanian villages and cooking them together with the villagers. These are then dished up as part of brunch buffets set within the picturesque surroundings of the fortified churches. This year in July we were lucky to be able to bring this event to Movile. After three weeks of intense organising it finally took place: The garden was set up with big tables, white tablecloths and flower bouquets. The long buffet table was filled with a great variety of sweet and savoury dishes. The name of the dishes were painted colourfully onto broken pieces of roof tiles. Two big ceauns (A type of deer and lamb strew) were cooked on an uptand in front of the bacon tower on an open fire. Around 180 guests made an appearence and stayed until late afternoon. The programme included guided tours in and around the church in German, English and Romanian, tours in horse drawn carts through the hillylandscape and a musical performance by the fireplace in the afternoon sun. In the old gate tower there a small museum was opened with an exhibition of old tiles and information on the history of Movile. Another exhibition took place in the community hall. Here one could view the posters of the group of students from the Technical University of Munich who had come up with ideas about the future of the valley´s landscape during an excursion in autumn 2015 and who had stayed with us in the vicarage. In front of the parish garden several market stalls were set up where products of the surrounding villages were offered. We had designed labels for the products of our village which got their own market stall. There were supervised games in which numerous children of the village participated. Filled with newly awakended curiosity they went on to explore the fortress and church surroundings independently. At another stand they could paint or be painted on. Towards the afternoon the gates stood open, so that also non-paying guests could come and enjoy the beautiful atmosphere. All in all the brunch was a full success and will remain a sunny memory for those who attended. At this point we would like to warmly thank all supporting and helping hands again, who helped us create an eventful and happy event. 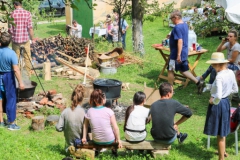 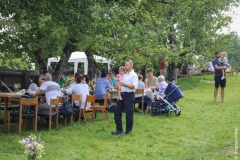 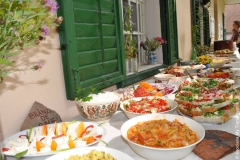 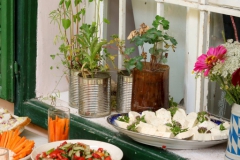 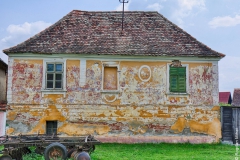 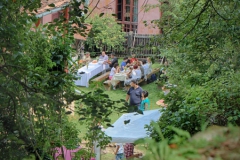 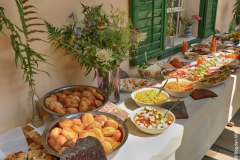 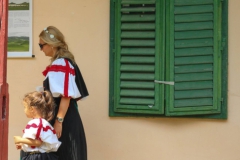 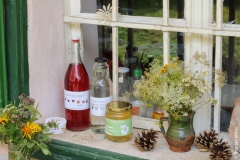 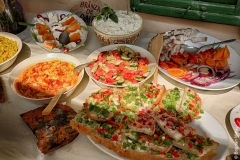 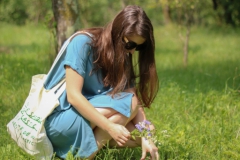 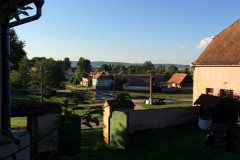 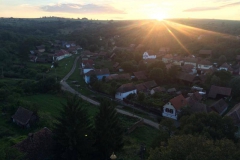 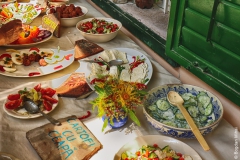 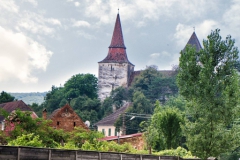 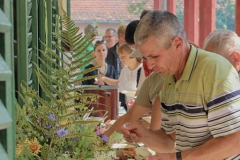 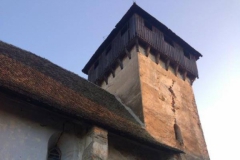